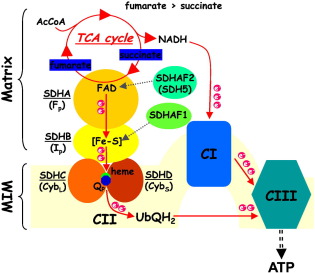 Gastrointestinal Stromal Tumor (GIST) is the most common sarcoma with approximatley 5,000 new cases diagnosed annually in the U.S. Among these, succinate dehydrogenase (SDH)-deficient GISTs comprise  only about 5-7%. SDH-deficient patients may experience only GIST tumors.  However, they can also present in the setting of Carney-Stratakis Dyad (Familial paraganglioma and GIST) or Carney Triad (paraganglioma/pheochromocytoma, GIST, and pulmonary chondroma).  At present, all FDA-approved anti-GIST therapies are predicated primarily upon targeting KIT and aren't effective for those with SDH gene mutations or dysfunction. Identifying an effective means of targeting SDH-deficient GIST in a novel fashion is of critical importance to patients. One of the major impediments to SDH research is the lack of a cell lines and models that could be used to study the effects of anticancer compounds and drugs on the tumor cells.

Current treatment strategies for GIST typically utilize a “one size fits all” approach, in which every GIST patient is treated with the same regimen of surgery, if applicable, and imatinib. This strategy fails to take into account the underlying genetic and molecular differences between different types of GIST. As a result, SDH-deficient GIST patients are frequently treated with TKIs with a high rate of primary drug resistance. Drs. Sicklick & Tamayo propose to model and characterize the metabolic and molecular properties of SDH-deficient GIST cells in order to develop treatment strategies. They believe that this approach could result in more favorable outcomes for all SDH-deficient GIST patients, including those with paragangliomas caused by Carney-Stratakis Dyad and Carney Triad.

Pheochromocytomas and some paragangliomas are associated with ganglia of the sympathetic nervous system. The sympathetic nervous system controls the "fight-or-flight" response, a series of changes in the body due to hormones released in response to stress. Sympathetic paragangliomas found outside the adrenal glands, usually in the abdomen, are called extra-adrenal paragangliomas. Most sympathetic paragangliomas, including pheochromocytomas, produce hormones called catecholamines, such as epinephrine (adrenaline) or norepinephrine. These excess catecholamines can cause signs and symptoms such as high blood pressure (hypertension), episodes of rapid heartbeat (palpitations), headaches, or sweating.

Most paragangliomas are associated with ganglia of the parasympathetic nervous system, which controls involuntary body functions such as digestion and saliva formation. Parasympathetic paragangliomas, typically found in the head and neck, usually do not produce hormones. However, large tumors may cause signs and symptoms such as coughing, hearing loss in one ear, or difficulty swallowing.

Mutations in the SDHB, SDHC, SDHD, and SDHAF2 genes lead to the loss or reduction of SDH enzyme activity. Because the mutated SDH enzyme cannot convert succinate to fumarate, succinate accumulates in the cell. As a result, the hypoxia pathways are triggered in normal oxygen conditions, which lead to abnormal cell growth and tumor formation.

Paragangliomas and pheochromocytomas can occur in individuals with other inherited disorders, such as von-Hippel Lindau syndrome and certain types of multiple endocrine neoplasia. These other disorders feature additional tumor types and have different genetic causes. Some paragangliomas and pheochromocytomas occur in people with no history of the tumors in their families and appear not to be inherited. These cases are designated as sporadic. 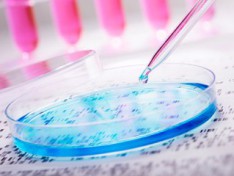 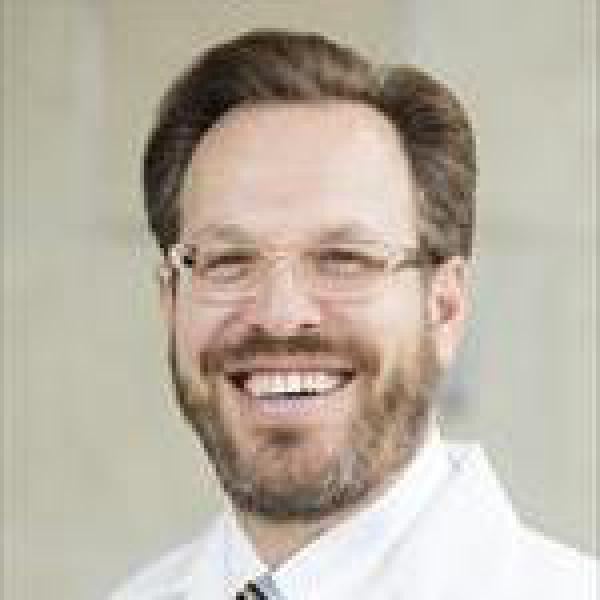 Dr. Jason Sicklick, MD (Principal Investigator) is an Associate Professor of Surgery and Surgical Oncology at the Moores UCSD Cancer Center. His lab uses cells lines, as well as transgenic and xenograft models of GIST to understand the biology of the disease and to test novel approaches to overcome drug-resistance. Dr. Sicklick will be responsible for the overall experimental activity of the SDH-deficient GIST study and will oversee communication of the research team. He will supervise all aspects of the proposed research, including data analysis and interpretation. 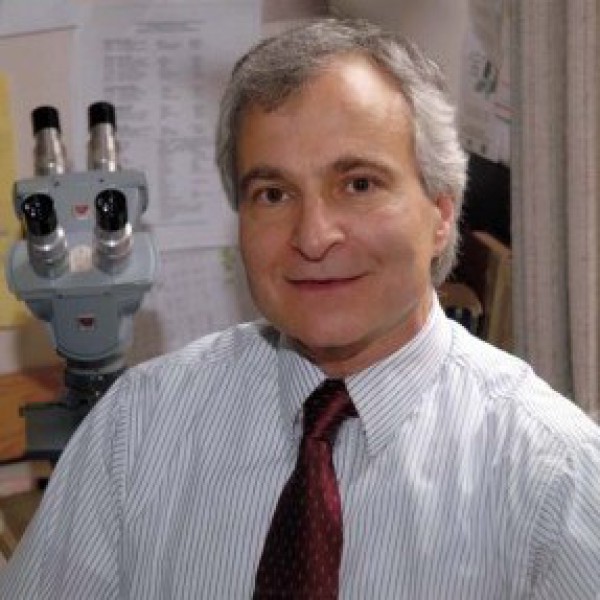 Dr. Arthur Tischler is a professor of pathology at Tufts University School of Medicine and senior pathologist at Tufts Medical Center, specializing in endocrine pathology. His particular clinical and research interests combine surgical pathology of pheochromocytomas and extra-adrenal paragangliomas, with cellular and molecular studies aimed at determining mechanisms that regulate tumor development and phenotype. He served as president of the Endocrine Pathology Society from 2001-2002 and editor-in-chief of the Journal Endocrine Pathology from 2002-2008. He was a founding member of the international pheochromocytoma research consortium, PRESSOR, and currently co-chairs the PRESSOR Tumor Models working group. 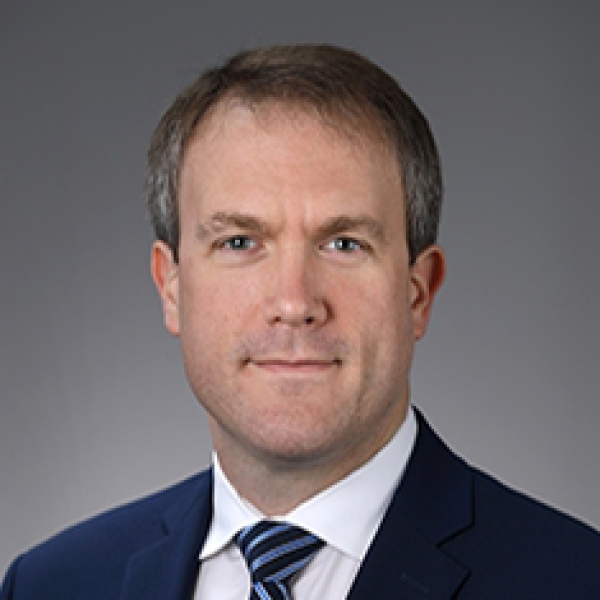 Dr. Blakely is running a phase trial at our National Cancer Institute titled "Surgery in Gastrointestinal Stromal Tumors (GISTs) for Treatment, Tumor Modeling, and Genomic Analysis".
This study is a research and treatment study to follow patients with GIST tumors.  Tumors obtained from surgeries will be used in lab and tested for genetic markers.  All treatment at NIH/NCI is free to the patient.  If you are a GIST patient use the link below to contact NIH.
https://clinicaltrials.gov/ct2/show/NCT04557969

What is SDH-deficient gastrointestinal stromal tumor?
published by the National Cancer Institute

Participate in Our Trial

You can help speed up the development of new treatments by giving researchers the tools they need.

People with SDH-deficient GIST are at higher risk for other types of cancer. They are at risk for pulmonary chondromas, a benign tumor in the lung, and paragangliomas, a rare tumor that grows in the nerve cell and can occur anywhere in the body.

GIST is a common type of tumor of the digestive tract. It is thought that 4,000 to 6,000 people per year are diagnosed with GIST in the United States. SDH-deficient GIST is much rarer, making up 5% to 7.5% of all GISTs. SDH-deficient GIST affects females more than males.

Symptoms of SDH-deficient GIST include bleeding in the digestive tract, intense abdominal pain, feeling tired, or feeling full after a small meal. For many people, it can be a difficult and frustrating process to get the correct diagnosis. GIST is hard to diagnose because it looks like other types of stomach cancer.

Imaging: If you have symptoms of SDH-deficient GIST, your doctor will use imaging scans such as CT or MRI to look at the size of the tumor and where it is in your digestive tract. Your doctor may also use endoscopy to look at the tumor. Endoscopy is a type of imaging where a small video camera on a long flexible tube is put inside your digestive tract.

Biopsy: To check if the tumor is SDH-deficient GIST, your doctor will perform a biopsy, taking a small sample from the tumor with a needle. A pathologist will study cells from the sample under the microscope to see what kind of tumor it is. This may be done at the same time as the endoscopy.

Genetic testing: Your doctor will use the biopsy to check the SDH genes in your tumor. This will indicate whether you have SDH-deficient GIST or another type.

SDH-deficient GIST can be taken out with surgery. It does not respond well to some chemotherapy, the way other GISTs do, but new chemotherapy options are being studied that have shown promise.

Scientists are always working to understand how cancer forms but each form can be hard to prove. We know that SDH can be turned off in many different ways in SDH-deficient GIST. When SDH is turned off, cells can become overactive and behave as if your body is growing or repairing a wound. Scientists are trying to understand how tumors form when cells act in this way.

What is the prognosis for someone with SDH-deficient gastrointestinal stromal tumor?

The estimate of how a disease will affect you long-term is called prognosis. Every person is different and prognosis will depend on many factors, such as:

If you want information on your prognosis, it is important to talk to your doctor. NCI also has resources to help you understand cancer prognosis.

People can live with SDH-deficient GIST for a very long time, especially if the tumor is taken out in surgery and doesn’t spread to other parts of the body.

Each year, NIH staff host the Pediatric and Wildtype GIST Clinic at the NIH Clinical Center. The clinic is a collaborative effort between researchers, doctors, and advocates with the goal of helping young patients with GIST. The 2020 GIST Clinic will be held June 10-12, 2020. Visit the clinic website to register and learn more.