We are an all-volunteer, patient-centered, grassroots group.  Many of us have an inherited SDH DNA mutation that affects other family members. We are dedicated to doing what we can to find a cure, which currently does not exist.

Thank you to co-founder Becky Owens for her facilitating our non-profit status as well as helping secure tumor tissue to researchers and dedication to findng a cure for SDH cancers. She is stepping down from
SDH-RA to be President of SDH Foundation. 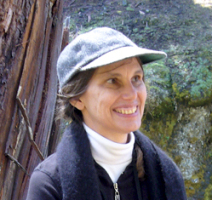 Cathy Freeman, is a founding member of the SDH Cancer Research Advocates and current President.
She is also founder and administrator of Facebook Private Support Page: SDH Cancer Support Group - Gists, Pheos/Paras, RCC, rare tumors.
She attended NIH Pediatric Clinic 2013 as a patient, as well as attending Dr. Pacak’s SDHB deficient paraganglioma protocol and Dr. Stratakis’s inherited diseases DNA studies.
She was diagnosed with Gist in 2008 at age 50 when a 5 cm tumor was discovered in her stomach with a bleeding ulcer on it.  In the last ten years she’s had four surgeries and currently has six tumors.
Her college degree from UCSD is in theatrical design which landed her first job at the Oregon Shakespeare Festival in Ashland, Oregon. There she met her husband Brian.  Thirty-five years ago she and Brian opened Crystal Castle Graphics and have worked together as fellow graphic artists ever since. Brian is also a folk/Celtic musician who has been performing for over forty years.
When Cathy was first diagnosed with SDHB deficient gist she wrote a memoir about growing up with a father, George Sherman, who was Head of Publications and Comic Books at Walt Disney Studios, A Disney Childhood: Comic Books to Sailing Ships. When Cathy was a teenager her father died of a rare cancer called paraganglioma. When her aunt also died of paraganglioma she realized it could be an inherited cancer. The connection between a gist diagnosis and paraganglioma is a gene mutation, SDHB, Complex II of the Krebs Cycle. Cathy aggressively looked for a research study that would test her for an SDHB mutation and she was correct when the results came back with the SDHB mutation C189F.
Cathy always thought in the thirty-five years between her father’s death and her diagnosis that a scientist would have found a cure.  She was surprised to learn that many have tried but there are still no successful treatments.  She was impressed by how many who’d been working in labs for years were willing to answer her emails and help her understand that it is a very complicated DNA mutation and they “don’t know” why tumors develop or how to stop them. Thus SDH-RA was founded to help researchers with whatever needs they may have from obtaining tumor tissue to funding their research if possible.  Cathy mentors many patients with SDH diagnosis and can be found at cathyfreeman @ gmail.com
Article in Conquer Magazine:  https://conquer-magazine.com/issues/2018/vol-4-no-3-june-2018/705-a-disney-childhood-until-cancer-enters-stage-left 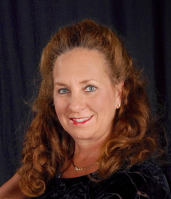 Phyllis Johnson Gay joined SDH Cancer Research Advocates as one of the founding board members.
Her motto is "find the blessings in the middle of the messes."  Phyllis has fought to find answers and a cure for her daughter’s SDH deficient GIST (Carney Triad) since the diagnosis in 2004.  In 2007, Phyllis started an online support group with the help of GIST Support International for pediatric GIST patients and their caregivers with this rare cancer as a means to help others while seeking support for herself and her daughter. It has served a great service to her and to many others.  She continued her involvement as an executive board member at GIST Support International, and she was asked to join the Pediatric Wild type/ SDH deficient consortium at the National Institute of Health as an Advocate member. Phyllis has used her medical knowledge as a Physical Therapist to help navigate all of the medical maze that exists in this disease. Although now retired, Phyllis is thankful daily that she has the experience and knowledge that came with her degree and 30 years of working.
While Phyllis’ daughter has had over 30 surgeries to remove tumors since 2004 with many hospitalizations and continued battles with pain and reoccurring tumors, Phyllis continues in awe of her daughter. Her daughter, now 25 years old, is pursuing a degree as a Physician Assistant.  Phyllis and her daughter both choose to collect and treasure memories instead of things with their family.  They both have become travel junkies to facilitate those memories! 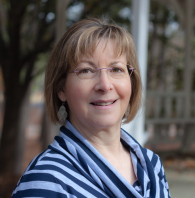 Tracie Joyner is a founding member of the SDH Cancer Research Advocates. She had a rare tumor in her teens that was successfully removed, but lost her older son to SDHB-deficient GIST in 2019. She has a passion for art, and has found healing through her ethereal creations https://traciejoynerart.com/. She brings excellent research skills gained by countless hours of experience, and is one of the kindest people you'll ever meet. 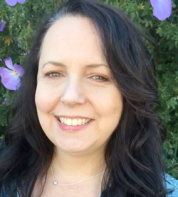 Aimee Powell's involvement with pheochromocytoma and paraganglioma has its roots in her work as a caregiver for family members diagnosed with these rare tumors resulting from an inherited SDHB mutation. She has worked in an administrative capacity with nonprofits since 2005, and as a professional communicator for over twenty years. After her brother's death from malignant paraganglioma, she dedicated herself to raising awarenss of pheo/para, and to assisting patients with these rare tumors. Aimee is the founder of the Pheo Para Project, and immediate past Executive Director of the Pheo Para Alliance. She lives in the Greater Los Angeles area. 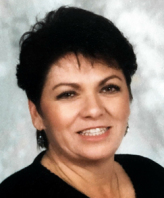 I am Theresa Kerr but please call me Teri. I'm a Real Estate Broker and co-owner of Helping Hands Realty for the last 15 years and our Fundraiser. Our Motto is "AlwaysThere for You." I have always been a person who would help anybody. I am also care giver to my husband Mike. He had a SDHB deficient Pheochromocytoma when he was 14 years old in 1972. Forty-six years later the tumors returned. A paraganglioma and three ribs were removed. I need to learn as much as I can about this rare disease. I also feel a strong need to help others. I am proud to join the Board of SDH-RA as we search together for a treatment plan for SDH deficient cancers.

Brian Freeman, Secretary, has agreed to carry on if any of the board become too ill and need his help.

Your form message has been successfully sent.

You have entered the following data:

You can also contact us by using the form below: