Searching for a Cure to an Incurable Cancer 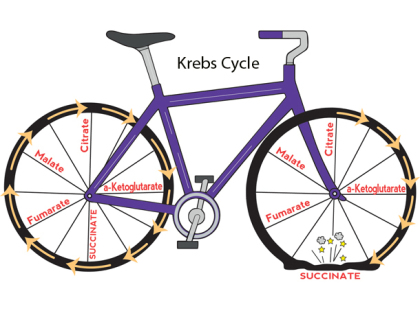 SDH-deficient cancer patients have few treatment options other than surgery. SDH-deficiency results from dysfunction of any of the SDH gene subunits: SDHA, SDHB, SDHC, or SDHD. The SDH genes play a role in the Krebs (or Citric Acid) Cycle responsible for turning food into energy. Alteration in SDH gene function is associated with a number of cancers, including: GIST (gastrointestinal stromal tumors), paragangliomas, pheochromocytomas, lung chondromas, renal cell tumors, thyroid tumors, and pituitary tumors.

SDH gene alterations produce an error in the Krebs cycle resulting in an accumulation of Succinate during the energy conversion cycle. A build-up of Succinate causes cells to believe that they are not getting enough oxygen, a situation known as pseudohypoxia.  This is felt to be a driving cause of tumor development, growth, and survival.

There is little known about targeting SDH-deficient tumors. Surgical resection and serial surveillance are the mainstays of treatmen​t.  Due to a lack of understanding of this rare subtype of GIST, many patients are told upon initial diagnosis that their tumors are benign (a misdiagnosis). Most patients eventually develop metastases and are eventually told they are incurable.

A young woman with Carney Triad, first developed a tumor at age twelve. By the time she was twenty-one, she’d already had twenty-four surgeries.

A young man in his twenties was told his first stomach tumor was benign. With no follow-up tumors metatasized to his liver and were inoperable.

Another patient lost her mother to an SDH-deficient pituitary tumor when she was seven years old. She presented with metastatic GIST when she was forty.  She has now undergone four surgeries for tumor removal. 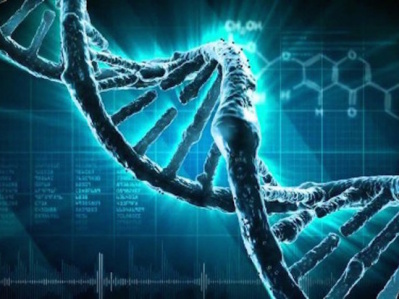 One patient’s father had paraganglioma tumors and he died when she was a teenager. At age fifty she developed GIST, and she has had 4 surgeries due to metastatic tumors.

Research is needed to find out why SDH-deficient tumors develop and how they can be successfully treated.  One of the obstacles is the absence of SDH-deficient cell lines and in silico research models.  The SDH-deficient GIST Research Advocates has established this website to promote education about this rare disease, to facilitate the transfer of patient's tumor tissue to active researchers, and to raise funding for labs actively performing SDH-deficient research.

Joshua Schiffman at Huntsman Cancer Institute in Utah is currently growing paraganglioma and GIST tumors in four mice. They are struggling to keep tissue growing. They need more tissue samples, ESPECIALLY from those with more advanced or aggressive disease, as those cells grow faster and stay alive longer. Contact: Jo Anson is 801-587-9831.